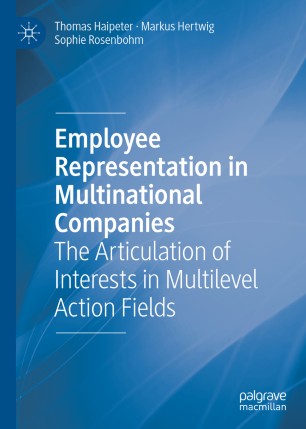 The Articulation of Interests in Multilevel Action Fields

Investigating the issue of employee representation in multinational companies (MNCs), this book sets out to systematically conceptualise the modes of articulation between different action fields. While previous studies have focused on forms of employee representation that have emerged throughout recent decades, rather little is known about the interaction and coordination of representational bodies and actors, such as trade unions and European or World Works Councils. Given the growing importance of transnational restructuring in MNCs, understanding the conditions under which employees are able to participate in company decision-making is a crucial issue. Based on empirical case studies and interviews with employee representatives from ten countries across Europe, the authors investigate the role of representational bodies in periods of company restructuring. Proposing a shift in perspectives in research on transnational labour relations and bringing new insights into structures and practices of employee representation in MNCs, this book will be a valuable read for both scholars and practitioners.