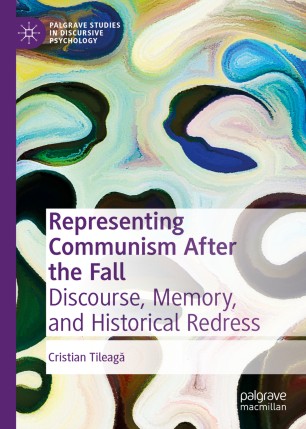 Representing Communism After the Fall

This book explores the contribution of discursive psychology and discourse analysis to researching the relationship between history and collective memory. Analysing significant manifestations of the moral vocabulary of the Romanian transition from communism to democracy, the author demonstrates how discursive psychology can be used to understand some of the enduring and persistent dilemmas around the legacy of communism. This book argues that the understanding of language according to discursive psychology – as an action-oriented, world-building resource – can fill an important gap in the theorizing of public controversies over individual and collective meaning of the recent (communist) past. Tileagă maintains that discursive social psychology can serve as an intellectual and empirical bridge that can overcome several of the difficulties faced by researchers working in transitional justice studies and cognate fields. Examining eastern European communism in general and Romanian communism in particular, this reflective book will appeal to students and scholars of transitional justice, discursive psychology and memory.
Cristian Tileagă is Senior Lecturer in Social Psychology at the School of Social Sciences at Loughborough University, UK. His research interests include discursive psychology, prejudice, political discourse and interdisciplinarity, and he has published widely on these topics.