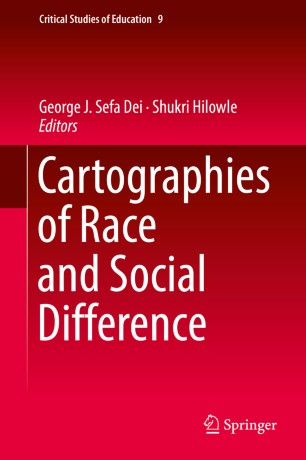 Cartographies of Race and Social Difference

This book critically examines how race is constructed globally to intersect gender, class, sexuality, language ability and religion and answers some very important questions, like how does anti-black racism manifest itself within various contexts? Chapters in the book use the ‘Black and White paradigm’ as a lens for critical race analysis examining how, for example, the saliency of race and Blackness shape the ‘post-colony’, as well as the various ‘post’ colonial nations. The paradigm centers Whiteness as the lens of defining what and what is different. The negative portrayal of difference is anchored in the sanctity of Whiteness. It is through such analysis that we can understand how historically colour has been a permanent marker of differentiation even though it has not been the only one. It is through conversations and dialogue in the classroom that the book was created; given the current political shift in American and the rise of Anti-Blackness, anti-Indigeneity, Islamophobia and xenophobia. The book critically examines White supremacy, racialization of gender, “post-racial” false narratives, and other contemporary issues surrounding race.