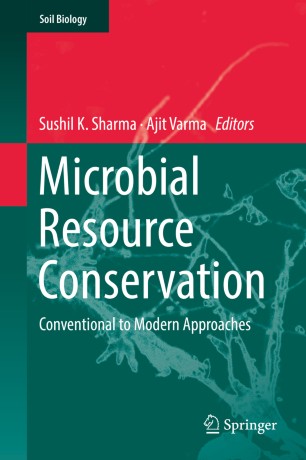 This book covers broad areas in the conservation of microorganisms. It addresses the short, medium and long-term preservation of agriculturally important microorganisms, as well as culture collections and their roles. The respective chapters address topics such as conventional approaches to bacterial, fungal and algal preservation, as well as methods and strategies for preserving recalcitrant microorganisms. Readers will also find the latest insights into the preservation of vesicular-arbuscular (VA) fungi and ecology, diversity and conservation of endophytes, and entamopathogenic fungi. Microbes of animal and dairy origin, their preservation and biosafety issues are also explored.
Microorganisms are the silent and unseen majority of life on Earth, and are characterized by a high degree of genetic and metabolic diversity. It is well documented that no branch of science or society is unaffected by microbial interventions. Researchers have documented microorganisms from such extreme and unique environments as deserts and hydrothermal vents, and with specific traits that are currently being exploited in agriculture, industry, medicine and biotechnological applications. Such great potential can only be found in microorganisms. The aim of this book – the first entirely devoted to the conservation of microorganisms, and to regulatory mechanisms for access and benefits sharing as per Biological Diversity (BD) Act 2002 – is to promote awareness of our world’s microbial wealth, and to introduce readers to strategies and methodologies for the conservation of microorganisms, which could ultimately save human life on Earth.