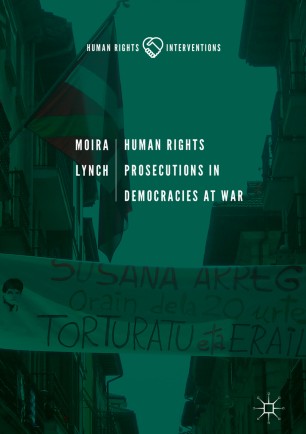 Though many of the longest and most devastating internal armed conflicts have been fought within the boundaries of democratic states, these countries employ some of the highest numbers of human rights prosecutions. What conditions prompt this outcome and what explains the variable patterns of prosecutions in democracies at war? Prosecutions may be enabled by existing democratic norms and institutions, but given their role in a violent conflict, democratic governments may go to great lengths to avoid judicial accountability. Through qualitative and quantitative research of four cases, Sri Lanka, Northern Ireland, Spain and Colombia, this book argues that emergency and anti-terrorism laws issued during the conflict created barriers to the investigation and prosecution of state human rights violations. The extent to which state actors were held accountable was shaped by citizens, NGOs and political actors who challenged or upheld impunity provisions within emergency legislation.
Moira Lynch is Assistant Professor in the Department of Political Science at Loyola University Maryland, USA.