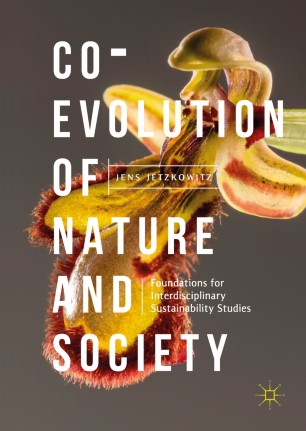 Co-Evolution of Nature and Society

This book offers support for interdisciplinary research on the interactions of nature and society. It is based on the hypothesis that a science of coevolution is needed to explore paths to a sustainable future. Jens Jetzkowitz initially discusses why social science knowledge only rarely finds its way into sustainability discourse. One significant issue is a view of science that separates knowing and acting, and the book illustrates current problems in conceptualising interdisciplinary knowledge production. It then goes one step further and introduces a workable alternative concept, taking philosophical pragmatism as a point of departure. Sustainable development goals and transdisciplinarity are currently subject to widespread discussions and Jetzkowitz takes a stance on the debates from the perspective of coevolutionary science.
This book will appeal to scholars and students interested in environmental and sustainability discourses and to anyone willing to think outside the box.