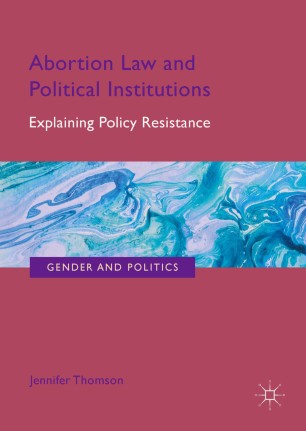 This book provides a comprehensive study of abortion politics and policy in Northern Ireland. Whilst there is a substantial amount of literature on abortion in Ireland and the rest of the United Kingdom, there has been scant academic attention paid to the situation in Northern Ireland. Adopting a feminist institutionalist framework, the book illustrates the ways in which abortion has been addressed at both the national institution at Westminster and the devolved institution at Stormont. Covering the period from early peace process in the 1980s to the present day, the text will be of interest to politics scholars, but also sociologists, historians and students of Irish studies.