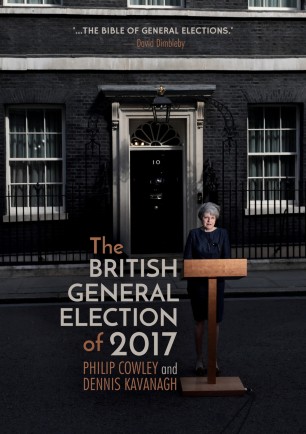 The British General Election of 2017

The British General Election of 2017 is the definitive and authoritative account of one of the most dramatic elections in British history. Throwing aside her natural caution, Theresa May called a snap election and was widely expected to crush Jeremy Corbyn’s Labour Party. Her gamble backfired spectacularly as the Conservatives lost their Commons majority to a resurgent Labour led by one of the most unconventional politicians to lead a major British political party. Drawing on hundreds of interviews, with unparalleled access to all the key players, The British General Election of 2017 offers a revelatory guide to what really happened. The 20th edition in this prestigious series of books dating back to 1945, it is designed to appeal to everyone — from Westminster insiders and politics students to the wider general public.

Philip Cowley is Professor of Politics at Queen Mary University of London, UK. He has been involved in the Palgrave Macmillan election series since 2010.

Dennis Kavanagh is Emeritus Professor of Politics at the University of Liverpool, UK. He has been involved in every one of the Palgrave Macmillan election studies since February 1974.