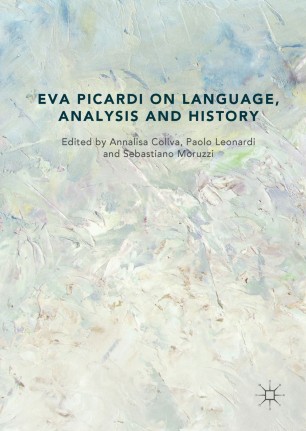 The volume honours Eva Picardi – her philosophical views and interests, as well as her teaching – collecting eighteen essays, some by former students of hers, some by colleagues with whom she discussed and interacted. The themes of the volume encompass topics ranging from foundational and historical issues in the philosophy of language and the philosophy of logic and mathematics, as well as issues related to the recent debates on rationality, naturalism and the contextual aspects of meaning. The volume is split into three sections: one on Gottlob Frege’s work – in philosophy of language and logic –, taking into account also its historical dimension; one on Donald’s Davidson’s work; and one on the contextualism-literalism dispute about meaning and on naturalist research programmes such as Chomsky’s.