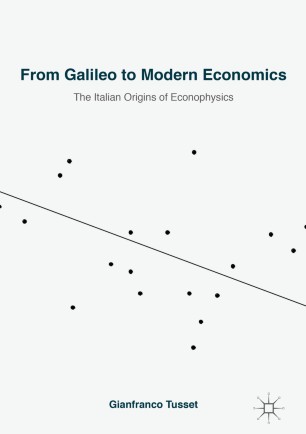 From Galileo to Modern Economics

The Italian Origins of Econophysics

Empirical laws are rare in economics. This book describes efforts to anchor economic knowledge to invariant empirical laws. It links 17th and 18th century Galilean monetary economists to econophysics, a field that emerged in the mid-1990s. This virtual journey from past to present is charted by episodes on aggregates and empirical primacy. It includes the virtually unknown story of 19th century scholars who, by searching for a stricter mathematical approach, paved the way to an ‘engineering’ view of economics. Then there are celebrities like Pareto and his first empirical law governing the distribution of wealth. Pareto and Amoroso sparked a debate on the skewed distribution that spanned decades, ranging from finance to market transformations, to econophysics, with its concepts and tools inherited from statistical physics. The last stage of the journey goes through econophysics and the recent gradual advances it has made, which show how its position vis-à-vis economics has been changing.