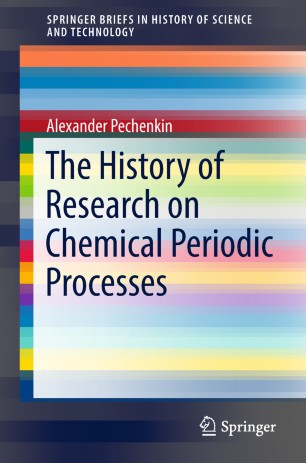 The History of Research on Chemical Periodic Processes

This book offers a survey of the historic development of selected areas of chemistry and chemical physics, discussing in detail the European, American and Russian approaches to the development of chemistry. Other key topics include the kinetics and non-linear thermodynamics of chemical reactions and mathematical modeling, which have found new applications in the theory of dynamical systems. The first observations of the periodicity of chemical reactions were lost in the mist of time. In the second half of the 19th century, the phenomenon of chemical periodicity was studied in relation to electrochemistry, solutions and colloids. Discovered in the late 19th century, Liesegang rings are still enigmatic and remain attractive for researchers. However, the discovery of the Belousov–Zhabotinsky reaction marked the successful culmination of the efforts to find a true chemical oscillatory reaction. The book investigates chemical phenomena that were neglected in the past, but have been rediscovered, placing them into a new conceptual framework. For example, it notes that William Bray, who discovered the first oscillatory homogeneous reaction in 1921, was influenced by the first bio-mathematicians who predicted chemical oscillations in homogeneous systems.