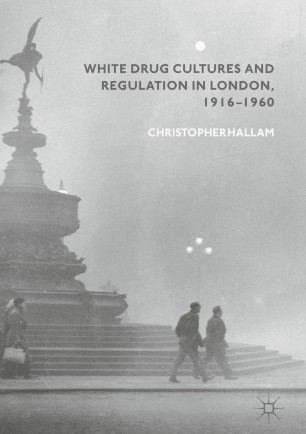 This book traces the history of the London ‘white drugs’ (opiate and cocaine) subculture from the First World War to the end of the classic ‘British System’ of drug prescribing in the 1960s. It also examines the regulatory forces that tried to suppress non-medical drug use, in both their medical and juridical forms. Drugs subcultures were previously thought to have begun as part of the post-war youth culture, but in fact they existed from at least the 1930s. In this book, two networks of drug users are explored, one emerging from the disaffected youth of the aristocracy, the other from the night-time economy of London’s West End. Their drug use was caught up in a kind of dance whose steps represented cultural conflicts over identity and the modernism and Victorianism that coexisted in interwar Britain.