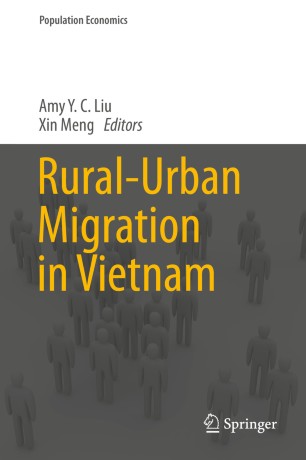 The book is mainly based on new data from the Australian National University's ‘Study of Rural-Urban Migration in Vietnam with Insights from China and Indonesia’ (VRUM) project, which identifies migrants from the large-scale, representative ‘Vietnam Household Living Standards Survey’ 2012 (VHLSS2012). In addition to the data from the VRUM project, the book draws on other widely used data sources to provide a comprehensive picture of rural-urban migrants in Vietnam.

By highlighting the issues and challenges brought about by the large-scale rural-urban migration in Vietnam, the book helps researchers and policymakers more effectively formulate policies to respond to those challenges. Moreover, Vietnam’s experience can serve as lessons learnt to other transitional/developing countries.

Dr. Yuk Chu (Amy) Liu is a senior lecturer in the International and Development Economics Program at the Crawford School of Public Policy, Australian National University. She has a long-standing research interest in Vietnam. Her early work on gender difference in children’s schooling in Vietnam was published in Vietnamese newspapers such as ‘Tuoi Tre’.  Her research on the gender pay gap was recognised as the first systematic study on this topic in Vietnam (Pham and Reilly 2007). Her key research interests to date have been wage structure, gender inequality and labour outcomes, human capital investment, and poverty. Her work on Vietnam’s transition to a market economy has been published in peer-reviewed international economics journals, including the Journal of Comparative Economics, Economic Systems, Economics of Transition, Economics of Education Review, Oxford Development Studies, and the Asian Economic Journal. While Vietnam has been the main focus of her work, she has also published on labour market issues in Australia and China.

Prof. Xin Meng currently works at the Research School of Economics, College of Business and Economics, Australian National University. She obtained her Master’s degree in Economics at the Graduate School of the Chinese Academy of Social Sciences in 1984 and spent three years as a research fellow at the Institute of Economics of the Chinese Academy of Social Sciences. In 1988, Xin Meng started working at the Australian National University and received her PhD in Economics in 1993. Her main research interests to date have been the themes of China’s labour market, poverty, income inequality, human capital development, the economic implications of rural-urban migration, and the influence of institutions and culture on human behaviour and on gender discrimination. Prof. Meng has published papers in numerous leading journals, such as Science, Review of Economic Studies, Economic Journal, Journal of Economic Perspectives, Journal of Labour Economics, or Journal of Development Economics. Her book ‘Labour Market Reform in China’ was published in 2000. In addition, she is a regular contributor to the annual conference ‘China Update’ held at the Australian National University. Xin Meng’s recent research has focused mainly on the project Rural-Urban Migration in China, which consists of a nine-year longitudinal survey of rural-urban migrants. The first wave of the survey was conducted in 2008 and the last was completed in 2016.