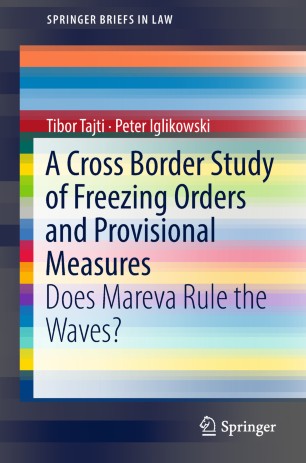 A Cross Border Study of Freezing Orders and Provisional Measures

Does Mareva Rule the Waves?

This book compares the law on provisional measures of common law and civil law countries, the goal being to identify and compare their main advantages and disadvantages. The guiding concept is a well-known statement by the Justices of the US Supreme Court expressed in the famous Grupo Mexicano case, according to which the “age of slow-moving capital and comparatively immobile wealth” has now passed, and the 21st century requires a fresh look at the law of provisional measures.
In the quest to find a model for interim relief, the Mareva Injunction, subsequently renamed the ‘Freezing Order’ in the English Civil Procedural Rules, is used as the benchmark to which each of the targeted systems discussed here is compared. This is because international scholarship, as well as e.g. the US Supreme Court, generally consider the Mareva Injunction to be the most effective and farthest-reaching provisional remedy.
The analysis suggests that the Mareva Injunction / Freezing Order represents the type of relief that will most likely continue to dominate as the most efficient and farthest-reaching interim measure in the years to come.