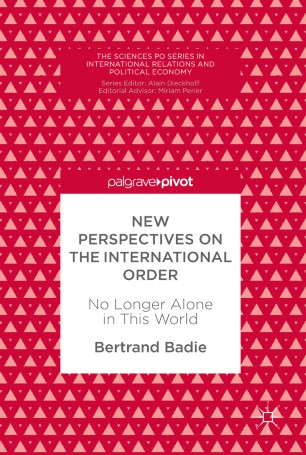 New Perspectives on the International Order

No Longer Alone in This World

We are told again and again that the world has become increasingly complex and indecipherable. However, this book reminds us that we are no longer alone in the world, that it is time to move away from the mental categories of the Cold War and stop treating all those who challenge our vision of the international order as guilty “deviants” or “Barbarians.” The author challenges the diplomacy of Western states, who want to continue to rule the world against history, and in particular that of France, which too often oscillates between arrogance, indecision, and ambiguity. The power play is stuck. The international order can no longer be regulated by a small club of oligarchs who exclude the weaker ones, ignore the demands of societies, and ignore the demands for justice that emerge from a new world where the actors are more numerous, more diverse and more restive to arbitrary disciplines. For this reason, this book also offers ways to think an international order that would be, if not fair, at least less unfair.
Bertrand Badie is Emeritus Professor of Political Science at Sciences Po, France. He is the author of numerous articles and books, many of which have been translated into English, including Diplomacy of Connivance (Palgrave Macmillan, 2012).