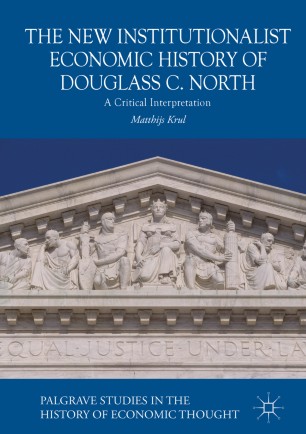 This book offers a comprehensive assessment of Douglass North’s contribution to economics and the social sciences by examining the origins and structure of his New Institutionalist Economic History (NIEH). Informed by contemporary debates in the philosophy of economics, Krul describes the evolution of North’s theory from mainstream economics to an increasingly heterodox form of New Institutionalism. He also examines what North's original aims were in developing the NIEH research programme and how well it has achieved these aims. By exploring major themes in North's NIEH, with an emphasis on the final stage of his theory, Krul sheds new light on the strengths and weaknesses of North's work. He also discusses the implications of this critical interpretation for the New Institutionalism in economics and other fields of social science.

Matthijs Krul was until recently Research Fellow at the Max Planck Institute for Social Anthropology in Halle (Saale), Germany. He has been a visiting lecturer at Brunel University and the University of Westminster, UK. His work focuses on the intersection between the historiography and the philosophy of economics.