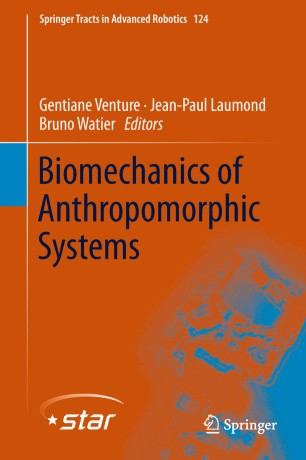 Mechanical laws of motion were applied very early for better understanding anthropomorphic action as suggested in advance by Newton «For from hence are easily deduced the forces of machines, which are compounded of wheels, pullies, levers, cords, and weights, ascending directly or obliquely, and other mechanical powers; as also the force of the tendons to move the bones of animals». In the 19th century E.J. Marey and E. Muybridge introduced chronophotography to scientifically investigate animal and human movements. They opened the field of motion analysis by being the first scientists to correlate ground reaction forces with kinetics.

Despite of the apparent simplicity of a given skilled movement, the organization of the underlying neuro-musculo-skeletal system remains unknown. A reason is the redundancy of the motor system: a given action can be realized by different muscle and joint activity patterns, and the same underlying activity may give rise to several movements. After the pioneering work of N. Bernstein in the 60’s on the existence of motor synergies, numerous researchers «walking on the border» of their disciplines tend to discover laws and principles underlying the human motions and how the brain reduces the redundancy of the system. These synergies represent the fundamental building blocks composing complex movements.

In robotics, researchers face the same redundancy and complexity challenges as the researchers in life sciences. This book gathers works of roboticists and researchers in biomechanics in order to promote an interdisciplinary research on anthropomorphic systems at large and on humanoid robotics in particular.