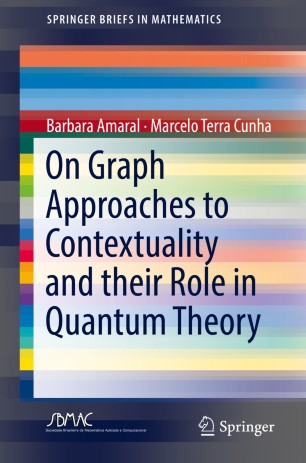 On Graph Approaches to Contextuality and their Role in Quantum Theory

This book explores two of the most striking features of quantum theory – contextuality and nonlocality – using a formulation based on graph theory. Quantum theory provides a set of rules to predict probabilities of different outcomes in different experimental settings, and both contextuality and nonlocality play a fundamental role in interpreting the outcomes. In this work, the authors highlight how the graph approach can lead to a better understanding of this theory and its applications. After presenting basic definitions and explaining the non-contextuality hypothesis, the book describes contextuality scenarios using compatibility hypergraphs. It then introduces the exclusivity graph approach, which relates a number of important graph-theoretical concepts to contextuality. It also presents open problems such as the so-called Exclusivity Principle, as well as a selection of important topics, like sheaf-theoretical approach, hypergraph approach, and alternative proofs of contextuality.