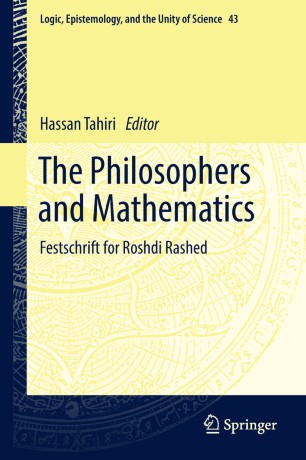 The Philosophers and Mathematics

Part of the Logic, Epistemology, and the Unity of Science book series (LEUS, volume 43)

This book explores the unique relationship between two different approaches to understand the nature of knowledge, reality, and existence. It collects essays that examine the distinctive historical relationship between mathematics and philosophy. Readers learn what key philosophers throughout the ages thought about mathematics. This includes both thinkers who recognized the relevance of mathematics to their own work as well as those who chose to completely ignore its many achievements.

The essays offer insight into the role that mathematics played in the formation of each included philosopher’s doctrine as well as the impact its remarkable expansion had on the philosophical systems each erected. Conversely, the authors also highlight the ways that philosophy contributed to the growth and transformation of mathematics. Throughout, significant historical examples help to illustrate these points in a vivid way.

Mathematics has often been a favored interlocutor of philosophers and a major source of inspiration. This book is the outcome of an international conference held in honor of Roshdi Rashed, a renowned historian of mathematics. It provides researchers, students, and interested readers with remarkable insights into the history of an important relationship throughout the ages.

Hassan Tahiri is a fellow researcher at the Centre for Philosophy of Science of the University of Lisbon (CFCUL) and the University of Charles de Gaulle Lille 3 (MSH, Nord-Pad-de Calais). His research interests focus on the history and philosophy of mathematics, logic and argumentation. Some of his main publications include Mathematics and the Mind. An introduction into Ibn Sīnā’s Theory of Knowledge (Springer Brief Series in Philosophy, 2016) and The Unity of Science in the Arabic Tradition. Science, Logic, Epistemology and their Interactions (Springer, 2008).