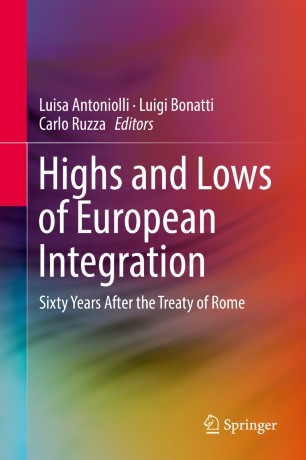 Highs and Lows of European Integration

Sixty Years After the Treaty of Rome

In light of Europe’s prolonged state of crisis, this book reassesses the challenges and prospects of the European integration process. Scholars from diverse disciplines reflect on various types of integration by analyzing political, economic and sociological variables, while also taking legal and cultural constraints into account. Readers will learn about the dilemmas and challenges of the European transformation process as well as political reforms to overcome these challenges.

The book is divided into four parts, the first of which discusses the external dimension of the European Union, including a review of development aid policies and EU foreign policy. In turn, the second part focuses on institutional change and asymmetrical integration in the EU. The third part is devoted to the rise of populism and nationalism, including an analysis of the role of civil society organizations in the Brexit. In closing, the last part highlights the crisis of the Euro as a symbol of European integration and the emerging social and economic divide between countries of the North and South.

​Luisa Antoniolli (LL.M Trento, PhD Florence) is Professor of Private Comparative Law at the University of Trento, where she teaches courses in the area of private comparative law, EU law and law and gender. Her research interests focus on the effects of the European integration process on national law, particularly private law, consumer protection and contract law in EU law, and the relationship between law and social sciences in the empirical evaluation of legal rules.
Luigi Bonatti (“Laurea” in philosophy Pisa, Diploma Scuola Normale Superiore, PhD in economics Columbia) is Professor of Economic Policy at the University of Trento. In recent years, he published on China’s growth and its impact on the world economy, the crisis of the Eurozone and the German standpoint toward it, the Italian persistent stagnation, the socio-economic features underlying the US financial crisis, the structural causes of anemic economic growth in the advanced economies.
Carlo Ruzza (MA SUNY, PhD Harvard) is Professor of Political Sociology at the University of Trento where he teaches courses on European and International Politics. His research interests focus upon European Union studies, the populist radical right in Europe and political movements. He is also interested in advocacy processes at European level, which include a focus on the efforts of civil society groups to affect policy-making in areas such as EU anti-discrimination policy and environmental policy.