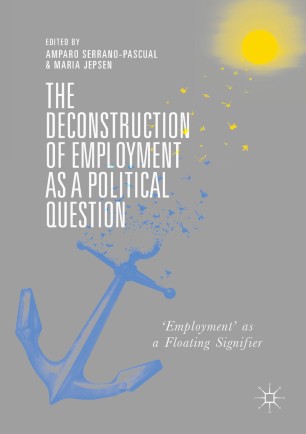 The Deconstruction of Employment as a Political Question

'Employment' as a Floating Signifier

The wide-ranging European perspectives collected here aim to analyse, by means of an interdisciplinary approach, the numerous implications of a massive shift in the conception of “work” and the category of “worker.” Economic crisis and digitalization have exacerbated a crisis in those categories of thought and political action that previously allowed us to discuss—and problematize—vulnerability in employment in terms of unfairness, inequality, and inadequate protection. Engaging with the deconstruction of traditional employment as a central category for theorizing the phenomenon of work, this volume explores the new semantic fields and territories that have become available for theorising, understanding, and regulating employment. These new linguistic categories have implications beyond language alone: they produce a reformulation of the conventional wisdom concerning the whole category of waged employment (aspects previously taken for granted as to the meaning of work and of being “a worker”), as well as other closely associated categories such as unemployment, self-employment, or inactivity.