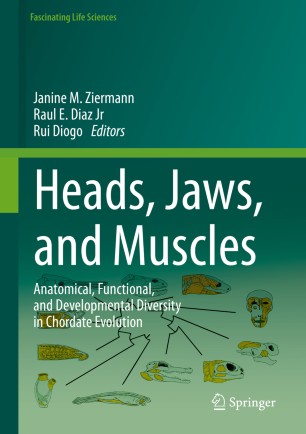 The vertebrate head is the most complex part of the animal body and its diversity in nature reflects a variety of life styles, feeding modes, and ecological adaptations. This book will take you on a journey to discover the origin and diversification of the head, which evolved from a seemingly headless chordate ancestor. Despite their structural diversity, heads develop in a highly conserved fashion in embryos. Major sensory organs like the eyes, ears, nose, and brain develop in close association with surrounding tissues such as bones, cartilages, muscles, nerves, and blood vessels. Ultimately, this integrated unit of tissues gives rise to the complex functionality of the musculoskeletal system as a result of sensory and neural feedback, most notably in the use of the vertebrate jaws, a major vertebrate innovation only lacking in hagfishes and lampreys. The cranium subsequently further diversified during the major transition from fishes living in an aquatic environment to tetrapods living mostly on land. In this book, experts will join forces to integrate, for the first time, state-of-the-art knowledge on the anatomy, development, function, diversity, and evolution of the head and jaws and their muscles within all major groups of extant vertebrates. Considerations about and comparisons with fossil taxa, including emblematic groups such as the dinosaurs, are also provided in this landmark book, which will be a leading reference for many years to come.