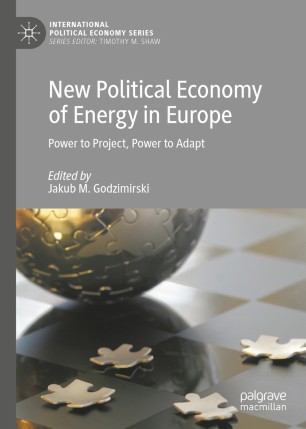 Power to Project, Power to Adapt

This edited collection details and analyses the dramatic changes that the international political economy of energy has undergone in the past decade. This change began with the increasing assertiveness of Russia when the oil price rose above the $100 mark in 2008. This, combined with the rise of shale oil and gas, made the USA all but self-sufficient in terms of fossil fuels. The collapse of the oil price in 2014-15, Saudi Arabia’s new strategy of defending its market share and the increasingly tense and controversial relationship between the West and Russia all worked to further strengthen the geopolitical dimension of energy in Europe. The global result is a world in which geopolitics play a bigger part than ever before; the central question the authors of this volume grapple with is how the EU – and European small states – can deal with this.

Jakub M. Godzimirski is Research Professor at the Norwegian Institute of International Affairs (NUPI) in Oslo, Norway. He has been working on Russian foreign and security policy issues at NUPI for more than 20 years, paying special attention to the role of energy resources in Russian grand strategy. In addition he has worked on European policy and its impact on developments in Central and Eastern Europe, including Russian-European relations.

Chapter 4 of this book is available open access under a CC BY 4.0 license at link.springer.com