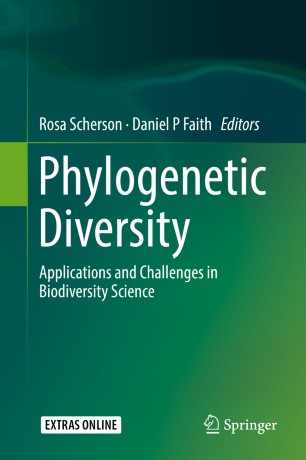 Applications and Challenges in Biodiversity Science

“Biodiversity” refers to the variety of life. It is now agreed that there is a “biodiversity crisis”, corresponding to extinction rates of species that may be 1000 times what is thought to be “normal”. Biodiversity science has a higher profile than ever, with the new Intergovernmental Science-Policy Platform on Biodiversity and Ecosystem Services involving more than 120 countries and 1000s of scientists. At the same time, the discipline is re-evaluating its foundations – including its philosophy and even core definitions. The value of biodiversity is being debated. In this context, the tree of life (“phylogeny”) is emerging as an important way to look at biodiversity, with relevance cutting across current areas of concern – from the question of resilience within ecosystems, to conservation priorities for globally threatened species – while capturing the values of biodiversity that have been hard to quantify, including resilience and maintaining options for future generations.

This increased appreciation of the importance of conserving “phylogenetic diversity”, from microbial communities in the human gut to global threatened species, has inevitably resulted in an explosion of new indices, methods, and case studies. This book recognizes and responds to the timely opportunity for synthesis and sharing experiences in practical applications. The book recognizes that the challenge of finding a synthesis, and building shared concepts and a shared toolbox, requires both an appreciation of the past and a look into the future. Thus, the book is organized as a flow from history, concepts and philosophy, through to methods and tools, and followed by selected case studies. A positive vision and plan of action emerges from these chapters, that includes coping with inevitable uncertainties, effectively communicating the importance of this “evolutionary heritage” to the public and to policy-makers, and ultimately contributing to biodiversity conservation policy from local to global scales.