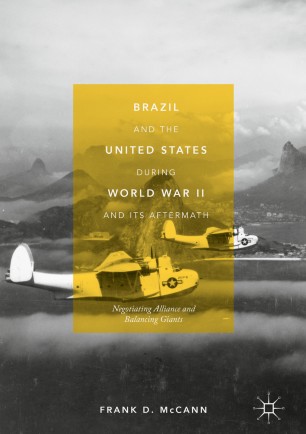 The military alliance between the United States and Brazil played a critical role in the outcome of World War II, and yet it is largely overlooked in historiography of the war. In this definitive account, Frank McCann investigates Brazilian-American military relations from the 1930s through the years after the alliance ended in 1977. The two countries emerge as imbalanced giants with often divergent objectives and expectations. They nevertheless managed to form the Brazilian Expeditionary Force and a fighter squadron that fought in Italy under American command, making Brazil the only Latin American country to commit troops to the war. With the establishment of the US Air Force base in Natal, Northeast Brazil become a vital staging area for air traffic supplying Allied forces in the Middle East and Asian theaters. McCann deftly analyzes newly opened Brazilian archives and declassified American intelligence files to offer a more nuanced account of how this alliance changed the course of World War II, and how the relationship deteriorated in the aftermath of the war.