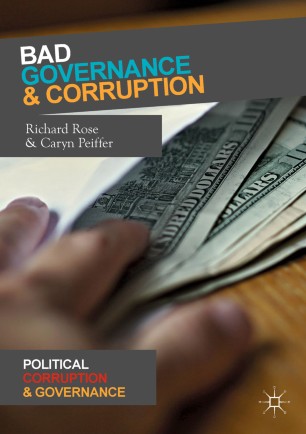 Part of the Political Corruption and Governance book series (PCG)

This book explains why the role of corruption varies greatly between public services, between people, between national systems of governance, and between measures of corruption. More than 1.8 billion people pay the price of bad government each year, by sending a bribe to a public official. In developing countries, corruption affects social services, such as health care and education, and law enforcement institutions, such as the police. When public officials do not act as bureaucrats delivering services by the book, people can try to get them by hook or by crook. The book’s analysis draws on unique evidence: a data base of sample surveys of 175,000 people in 125 countries in Africa, Asia, the Middle East, Europe, and North and South America. The authors avoid one-size-fits-all proposals for reform and instead provide measures that can be applied to particular public services to reduce or eliminate opportunities for corruption.
Richard Rose is Founder-Director of the Centre for the Study of Public Policy, University of Strathclyde, UK. He has pioneered the comparative study of public policy by the integration of institutional, quantitative and qualitative analysis, and presented his research in 45 countries and translations in 18 languages.
Caryn Peiffer is Lecturer in International Public Policy and Governance at the School for Policy Studies, University of Bristol, UK. She researches problems of governance in developing countries across Africa and Asia, using quantitative, qualitative and experimental methods.