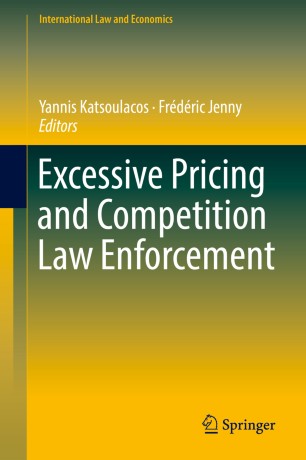 Part of the International Law and Economics book series (ILEC)

This volume examines the controversy surrounding the use of competition law to combat excessive pricing. While high or monopolistic pricing is not regarded as an antitrust violation in the US, employing abuse of dominance provisions in competition laws to fight excessive pricing has gained popularity in some BRICS jurisdictions and a number of EU-member states in recent years. The book begins by discussing the economic arguments for and against the prohibition of excessive or unfair prices by firms with market power. It then presents various country studies, focusing on developed countries (such as the UK and Israel) and on the BRICS countries, to highlight various practical challenges involved in recognizing excessive prices as abusive conduct on the part of dominant firms, including how to define, measure and identify excessive prices. The contributors also discuss other policy options that can be used to fight excessive prices in order to protect consumer welfare.