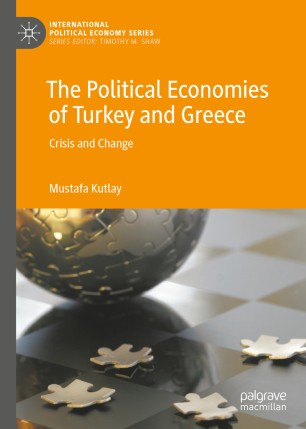 The Political Economies of Turkey and Greece

‘Students, scholars and analysts of European and Comparative Political Economy will learn a lot from this insightful study.’
—Ziya Öniş, Koç University, Turkey

‘Although Greece and Turkey are historically treated as totally different societies and traditional enemies, Kutlay, by focusing on their similarities, reveals a different picture. This book offers an opportunity for paradigmatic transformation.’
—Constantine Dimoulas, Panteion University, Greece

The economic policies of reactive states such as Turkey and Greece, both of which have shown limited ability to implement institutional reforms in recent years, have paved the way for deep crises. The crises are devastating for both societies’ social fabric, but they also open up the opportunity to introduce new economic regimes. The crises, however, do not always invite changes in dominant paradigms. Despite weak state capacity and deep economic crisis in both cases, substantial reforms were initiated in Turkey whilst an opposite trend prevailed in Greece. Drawing on field research, this book develops a political economy framework that explains reform cycles and post-crisis outcomes in reactive states.

Mustafa Kutlay is Lecturer at the Department of International Politics at City University of London, UK.