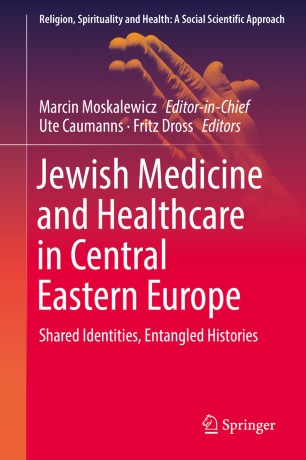 Is ‘Jewish medicine’ a valid historical category? Does it represent a collective constituted by the interplay of medical, ethnic and religious cultures? Integrating academic disciplines from medical history to philology and Jewish studies, this book aims at answering this question historically by presenting  comprehensive coverage of Jewish medical traditions in Central Eastern Europe, mostly on what is today Poland and Germany (and the former Russian, Prussian and Austro-Hungarian Empires). In this significant zone of ethnic, religious and cultural interaction, Jewish, Polish, and German traditions and communities were more entangled, and identities were shared to an extent greater than anywhere else. Starting with early modern times and the Enlightenment, through the 19th century, up until the horrors of medicine in the ghettos and concentration camps, the book collects a variety of perspectives on the question of how Judaism and Jewish culture were dynamically related to medicine and healthcare. It discusses the Halachic traditions, hygiene-related stereotypes, the organization of healthcare within specified communities, academic careers, hybrid medical identities, and diversified medical practices.

Marcin Moskalewicz, born in Warsaw (Poland), studied history and philosophy of science at Adam Mickiewicz University in Poznan, University of California at Berkeley (2003) and Rijksuniversiteit Groningen (2005, 2007). In 2009 he defended Ph.D. in philosophy of history in the „European Doctorate“ framework (summa cum laude). Moskalewicz has been a Senior Fulbright Scholar at Texas A & M University (USA), a EURIAS Fellow at the Collegium Helveticum, University of Zurich/ETH Zurich (Switzerland) as well as a Marie Curie Fellow at the Faculty of Philosophy, University of Oxford. He works as an Assistant Professor at the Department of Social Sciences at Poznan University of Medical Sciences and holds a fellowship at The Oxford Research Centre in the Humanities (TORCH). Currently, his main research area is the philosophy of psychiatry.