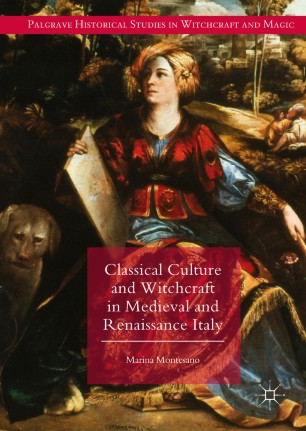 Classical Culture and Witchcraft in Medieval and Renaissance Italy

This book explores the relationships between ancient witchcraft and its modern incarnation, and by doing so fills an important gap in the historiography. It is often noted that stories of witchcraft circulated in Greek and Latin classical texts, and that treatises dealing with witch-beliefs referenced them. Still, the role of humanistic culture and classical revival in the developing of the witch-hunts has not yet been fully researched. Marina Montesano examines Greek and Latin literature, revealing how particular features of ancient striges were carried into the Late Middle Ages, through the Renaissance and into the fifteenth century, when early Italian trials recall the myth of the strix common in ancient Latin sources and in popular memory. The final chapter also serves as a conclusion, to show how in Renaissance Italy and beyond, classical accounts of witchcraft ceased to be just stories, as they had formerly been, and were instead used to attest to the reality of witches’ powers.