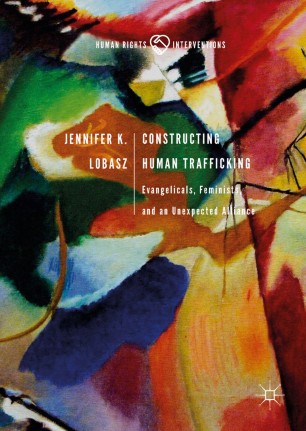 Evangelicals, Feminists, and an Unexpected Alliance

Human trafficking has come to be seen as a growing threat, and transnational advocacy networks opposed to human trafficking have succeeded in establishing trafficking as a pressing political problem. The meaning of human trafficking, however, remains an object of significant—and heated—contestation. This project draws upon feminist and poststructuralist international relations theories to offer a genealogy of U.S. neo-abolitionism. The analysis examines activist campaigns, legislative and policy debates, and legislation surrounding human trafficking and the Trafficking Victims Protection Act in order to argue that the dominant US framing of trafficking as prostitution and sex slavery is not as hegemonic as scholars and activists commonly argue. In fact, constructions of human trafficking have become more amenable to reconfiguration, paradoxically in large part because of Evangelical attempts to widen the frame. This is an empirically novel and theoretically rich account of an urgent transnational issue of concern to activists, voters and policymakers around the globe.
Jennifer K. Lobasz is Assistant Professor in the Department of Political Science & International Relations and the Department of Women & Gender Studies at the University of Delaware, USA.