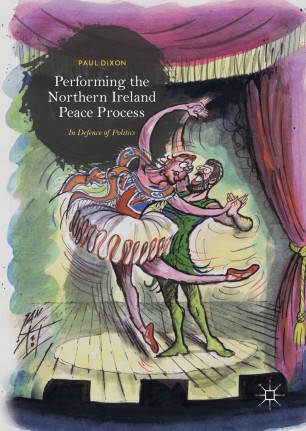 In Defence of Politics

This book is exceptional in defending the ‘dirty politics’ of the Northern Ireland peace process. Political actors in Britain, Ireland and the United States performed the peace process and used ‘political skills’, often including deception and hypocrisy, in order to wind down the conflict and achieve accommodation. These political skills, it is argued, are often morally justifiable even as they are popularly condemned. The Northern Ireland peace process has been highly successful in reducing violence and an accurate understanding of its politics is an important contribution to international debates about managing conflict.
Paul Dixon is Honorary Research Fellow at Birkbeck College, University of London, UK. He was Professor of Politics and International Studies at Kingston University, UK (2005-17). He also taught at Queen’s University Belfast, Luton, Leeds and Ulster (1997-2005). He has 30 years of experience researching the conflict in Northern Ireland and has published Northern Ireland: The Politics of War and Peace (Palgrave Macmillan, 2001; 2nd edition 2008), and edited The British Approach to Counterinsurgency (Palgrave Macmillan 2012). He has published nearly 40 academic articles and over 20 book chapters mainly on the Northern Ireland conflict, conflict management and war.