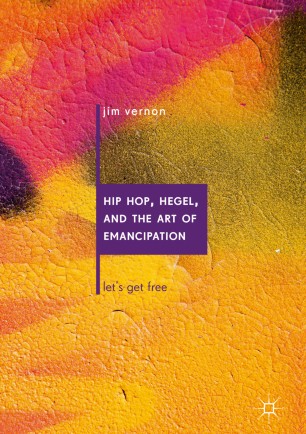 Hip Hop, Hegel, and the Art of Emancipation

This book argues that Hip Hop’s early history in the South Bronx charts a course remarkably similar to the conceptual history of artistic creation presented in Hegel’s Lectures on Aesthetics. It contends that the resonances between Hegel’s account of the trajectory of art in general, and the historical shifts in the particular culture of Hip Hop, are both numerous and substantial enough to make us re-think not only the nature and import of Hegel’s philosophy of art, but the origin, essence and lesson of Hip Hop. As a result, the book articulates and defends a unique reading of Hegel’s Aesthetics, as well as providing a philosophical explanation of the Hip Hop community’s transition from total social abandonment to some limited form of social inclusion, via the specific mediation of an artistic culture grounded in novel forms of sensible expression. Thus, the fundamental thesis of this book is that Hegel and Hip Hop are mutually illuminating, and when considered in tandem each helps to clarify and reinforce the validity and power of the other.

Jim Vernon is Associate Professor of Philosophy at York University, Canada,  where he teaches Continental philosophy and political theory. He is the author of Hegel’s Philosophy of Language, and co-editor of Hegel and Deleuze: Together Again for the First Time (with Karen Houle) and Badiou and Hegel: Dialectics, Infinity, Subjectivity (with Antonio Calcagno)

“Never before has a text been so Hegelian and anti-Hegelian at the same time. Let’s Get Free cracks open a new area of scholarship, one that is as natural as it is surprising. Jim Vernon brings Hegel to Hip Hop and Hip Hop to Hegel, crossing racial, social, and political divisions. The effect: Hegel studies will never be the same. Whether we call it a phenomenology of rap or Hip Hop dialectics, Vernon shows that Hegel’s aesthetics can be fresh and powerful. Spirit has a beat and the beat don’t stop.” (Ryan J. Johnson, Elon University, USA)
Buy options