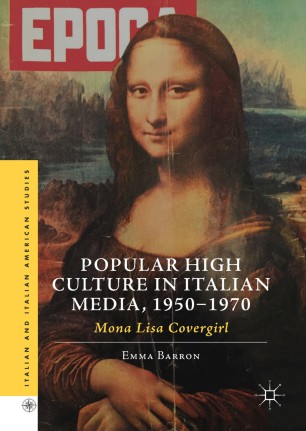 When Mona Lisa smiled enigmatically from the cover of the Italian magazine Epoca in 1957, she gazed out at more than three million readers. As Emma Barron argues, her appearance on the cover is emblematic of the distinctive ways that high culture was integrated into Italy’s mass culture boom in the 1950s and 1960s, a period when popular appropriations of literature, fine art and music became a part of the rapidly changing modern Italian identity. Popular magazines ran weekly illustrated adaptations of literary classics. Television brought opera from the opera house into the homes of millions. Readers wrote to intellectuals and artists such as Alberto Moravia, Thomas Mann and Salvatore Quasimodo by the thousands with questions about literature and self-education. Drawing upon new archival material on the demographics of television audiences and magazine readers, this book is an engaging account of how the Italian people took possession of high culture and transformed the modern Italian identity.