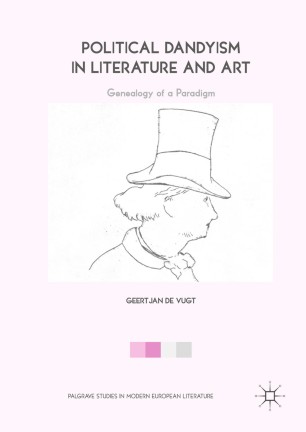 Political Dandyism in Literature and Art

Genealogy of a Paradigm

This book traces a genealogy of political dandyism in literature. Dandies abstain from worldly affairs, and politics in particular. As an enigmatic figure, or a being of great eccentricity, it was the dandy that haunted the literary and cultural imagination of the nineteenth century. In fact, the dandy is often seen as a quintessential nineteenth-century figure. It was surprising, then, when at the beginning of the twenty-first century this figure returned from the past to an unexpected place: the very heart of European politics. Various so-called populist leaders were seen as political dandies. But how could that figure that was once known for its aversion towards politics all of a sudden become the protagonist of a new political paradigm? Or was the dandy perhaps always already part of a political imagination? This study charts the emergence of this political paradigm. From the dandy’s first appearance to his latest resurrection, from Charles Baudelaire to Jean-François Lyotard, from dandy-insects to a dandy-Christ, this book follows his various guises and disguises.