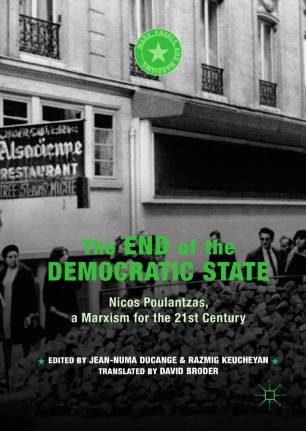 The End of the Democratic State

Nicos Poulantzas, a Marxism for the 21st Century

This edited volume takes a close look at Nicos Poulantzas’s thought as a means of understanding the dynamics of the capitalist, neoliberal state in the 21st century. Nicos Poulantzas has left us with one of the most sophisticated theories of the state in the second half of the 20th century. Poulantzas’s influential theory draws inspiration from Marx, Lenin, Weber, and Foucault, among other thinkers, conceiving of the relationship between capitalism and the state as particularly original. This book aims to use Poulantzas’s theory of the capitalist state in order to understand important political and economic trends that have taken place since Poulantzas’s death in 1979. By entering into a dialogue with current Marxist and critical research in diverse fields such as political science, philosophy, sociology, history, and geography, this volume purports to evaluate the actuality of Poulantzas’s thought.