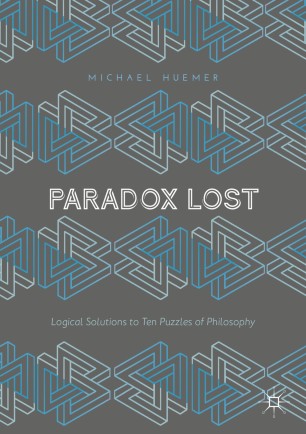 Paradox Lost covers ten of philosophy’s most fascinating paradoxes, in which seemingly compelling reasoning leads to absurd conclusions. The following paradoxes are included:

Each paradox is clearly described, common mistakes are explored, and a clear, logical solution offered. Paradox Lost will appeal to professional philosophers, students of philosophy, and all who love intellectual puzzles.

Michael Huemer is Professor of Philosophy at the University of Colorado at Boulder, USA. He is the author of four other bestselling philosophy books, including The Problem of Political Authority, the winner of the 2013 PROSE Award for philosophy.

“This is an engaging introduction to a number of paradoxes of interest to philosophers. Michael Huemer develops his own solutions and, along the way, offers original insights into the nature of paradox and how we should go about devising solutions. The book will be valued by beginners and established scholars alike.” (Simon Hewitt, Research Fellow in Philosophy at the University of Leeds, UK)