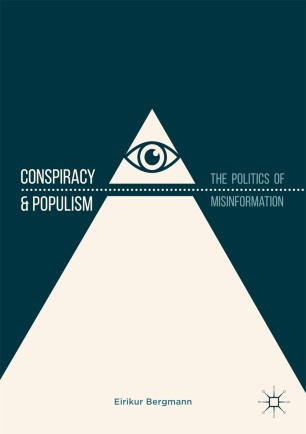 The Politics of Misinformation

Europeans are being replaced by foreign invaders, aided by cultural Marxists who are plotting an Islamist subversion of the continent. The Bilderberg group – and/or the Illuminati – are instating a totalitarian New World Order. Angela Merkel is the secret daughter of Adolf Hitler, Barack Obama was illegitimate, and George W. Bush was in on the 9/11 attacks. Also, the Holocaust is a hoax, members of Pussy Riot are agents of the West, and the European Union is resurrecting the Roman Empire, this time as a communist super-state. These are some of the tales that are told by populist political actors across Europe, were raised during the Brexit debate in the UK, and have been promoted by presidents of both the US and Russia. Rapid rise of populist political parties around Europe and across the Atlantic in the early new millennium coincided with the simultaneous increased spread of conspiracy theories. This book entangles the two tropes and maps how right-wing populists apply conspiracy theories to advance their politics and support for their parties.