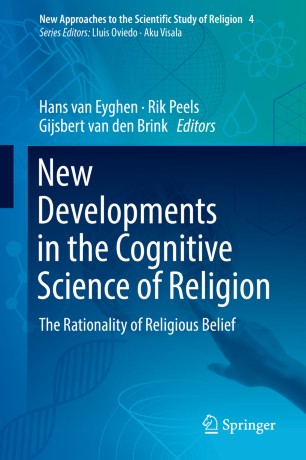 New Developments in the Cognitive Science of Religion

The Rationality of Religious Belief

Part of the New Approaches to the Scientific Study of Religion book series (NASR, volume 4)

It is widely thought that the cognitive science of religion (CSR) may have a bearing on the epistemic status of religious beliefs and on other topics in philosophy of religion. Epistemologists have used theories from CSR to argue both for and against the rationality of religious beliefs, or they have claimed that CSR is neutral vis-à-vis the epistemic status of religious belief. However, since CSR is a rapidly evolving discipline, a great deal of earlier research on the topic has become dated. Furthermore, most of the debate on the epistemic consequences of CSR has not taken into account insights from the philosophy of science, such as explanatory pluralism and explanatory levels. This volume overcomes these deficiencies.

This volume brings together new philosophical reflection on CSR. It examines the influence of CSR theories on the epistemic status of religious beliefs; it discusses its impact on philosophy of religion; and it offers new insights for CSR. The book addresses the question of whether or not the plurality of theories in CSR makes epistemic conclusions about religious belief unwarranted. It also explores the impact of CSR on other topics in philosophy of religion like the cognitive consequences of sin and naturalism. Finally, the book investigates what the main theories in CSR aim to explain, and addresses the strengths and weaknesses of CSR.

Hans van Eyghen is a doctoral student at the Vrije Universiteit Amsterdam. He holds a degree in Theology and Philosophy and published on the epistemic implications of cognitive science of religion.

Prof. dr. Gijsbert van den Brink holds the University Research Chair for Theology & Science at the Vrije Universiteit Amsterdam. His current research focuses on the impact of evolutionary theory (including theories of cultural evolution) on theological doctrines as well as on theology as an academic discipline. He published in journals such as International Journal for the Philosophy of Religion, International Journal of Systematic Theology, Neue Zeitschrift für Systematische Theologie und Religionsphilophie, Philo, and Ars Disputandi. He is the author of Almighty God. A Study of the Doctrine of Divine Omnipotence (Kampen 19962), Oriëntatie in de Filosofie (Zoetermeer 2000), Philosophy of Science for Theologians (Frankfurt 2009), Christian Dogmatics (co-authored with Cornelis van der Kooi; Grand Rapids 2017) and Reformed Theology & Evolutionary Theory (Grand Rapids 2018).

Dr. Rik Peels is Assistant Professor in Philosophy at the Vrije Universiteit Amsterdam (the Netherlands). His main research interests are the ethics of belief, ignorance, scientism, the epistemic responsibilities of the university, and various issues in the philosophy of religion. He published about these topics in journals such as American Philosophical Quarterly, Australasian Journal of Philosophy, Journal of Philosophy, Philosophical Quarterly, Philosophical Studies, Philosophy and Phenomenological Research, and Synthese. He is the author of Responsible Belief: A Theory in Ethics and Epistemology (New York: Oxford University Press, 2017), editor of Perspectives on Ignorance from Moral and Social Philosophy (Oxford: Routledge, 2017), and co-editor of The Epistemic Dimensions of Ignorance (Cambridge: Cambridge University Press, 2016) and Scientism: Prospects and Problems (New York: Oxford University Press, 2018).