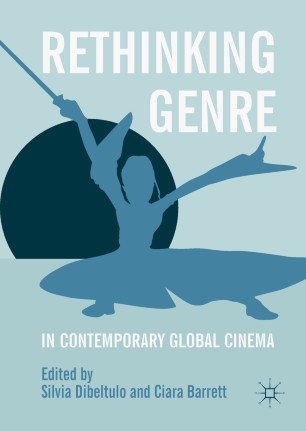 Rethinking Genre in Contemporary Global Cinema offers a unique, wide-ranging exploration of the intersection between traditional modes of film production and new, transitional/transnational approaches to film genre and related discourses in a contemporary, global context. This volume’s content—the films, genres, and movements explored, as well as methodologies used in their analysis—is diverse and, crucially, up-to-date with contemporary film-making practice and theory. Significantly, the collection extends existing scholarly discourse on film genre beyond its historical bias towards a predominant focus on Hollywood cinema, on the one hand, and a tendency to treat “other” national cinemas in isolation and/or as distinct systems of production, on the other.

In view of the ever-increasing globalisation and transnational mediation of film texts and screen media and culture worldwide, the book recognises the need for film genre studies and film genre criticism to cast a broader, indeed global, scope. The collection thus rethinks genre cinema as a transitional, cross-cultural, and increasingly transnational, global paradigm of film-making in diverse contexts.