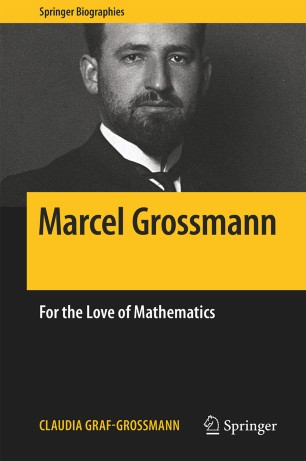 For the Love of Mathematics

Zurich, summer 1912. Albert Einstein has just returned from Prague to the city on the Limmat. He sends a plea for help to his former fellow student, the mathematician Marcel Grossmann (1878-1936), for he is in need of assistance with the mathematical calculations of his general theory of relativity. What then follows is one of the most fascinating chapters of science history, with far-reaching consequences for the lives of the two friends.

Marcel Grossmann’s granddaughter paints here a picture of a fiery and many-talented scientist and patriot. She traces the influence of an entrepreneurial family during Germany’s rapid industrial expansion in the late 19th century. The family’s fluctuating fortunes take the story to the vibrant city of Budapest on the Danube; they enable readers to sense the pioneering spirit at Zurich’s young Polytechnic Institute (now ETH Zurich) – but also reflect the worries and hardships of the First World War and interwar years.

The Foreword is written by Prof. Remo Ruffini, founder and president of the International Center for Relativistic Astrophysics and the Marcel Grossmann Meetings. Last but not least, an extensive contribution by Dr. Tilman Sauer offers a scientific-historical appreciation of Marcel Grossmann’s enduring contributions.