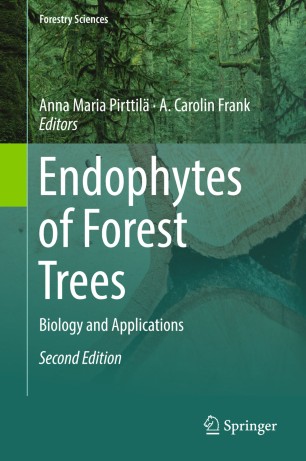 Endophytes are commonly known as microorganisms, mainly bacteria and fungi, which live inside plant tissues without inducing symptoms. Since the first volume, endophytes have increasingly been shown crucial in the life-style of their hosts. Considering the long-lived trees, endophytes have an even more emphasized role in preparing their hosts to face extreme weather conditions, drought, heat, cold, and pathogen and herbivore attacks. In our changing world, forests are especially important in buffering Earth’s climate, acting as carbon sinks and producing oxygen. The tiny but extremely diverse companions of trees, endophytes, play an essential part in their health. The current knowledge clearly demonstrates the importance of endophytes in shaping the plant diversity in a forest, and endophytes have an important and, still underutilized capacity for biocontrol of forest diseases. In this second volume of ‘Forest Tree Endophytes’, besides interesting updates on the diversity, host specificity, and mechanisms by which endophytes induce growth and health of their hosts, we have collected chapters focusing on the role of endophytes in forest health, diseases and their biocontrol. Considering endophyte diversity and the range of various compounds and enzymes they can produce, endophytes can be used for various biotechnological applications. The widely understudied and underutilized diversity of bioactive compounds of forest endophytes is discussed in updated chapters.