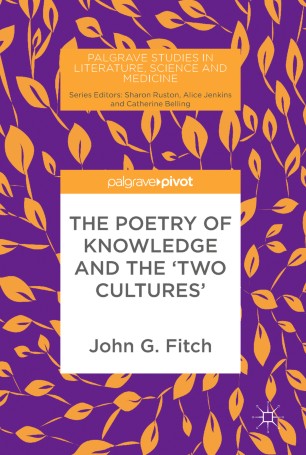 The Poetry of Knowledge and the 'Two Cultures'

This book argues that poetry is compatible with systematic knowledge including science, and indeed inherent in it; it also discusses particular poems that engage with such knowledge, including those of Lucretius, Vergil, and Vita Sackville-West. The book argues that there are substantial similarities between knowledge-making and poetry-making, for example in their being shaped by language, including metaphor, and in their seeking unity in the world, under the impulse of eros and pleasure. The book also discusses some of the obstacles to a ‘poetry of knowledge’, including scientific objectivism, the Kantian tradition in philosophy, and the separation of the ‘two cultures’ in our academic and intellectual institutions. The book is designed to be accessible to all those interested in the issue of the ‘two cultures’, or in the role of poetry and of science in contemporary culture.