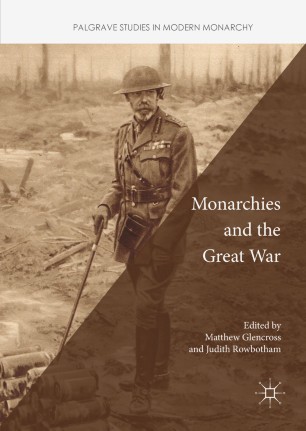 Monarchies and the Great War

This volume challenges the traditional view that the First World War represents a pivotal turning point in the long history of monarchy, suggesting the picture is significantly more complex. Using a comparative approach, it explores the diverse roles played by monarchs during the Great War, and how these met the expectations of the monarchic institution in different states at a time of such crisis. Its contributors not only explore less familiar narratives, including the experiences of monarchs in Belgium and Italy, as well as the Austro-Hungarian, Japanese and Ottoman Empires, but also cast fresh light on more familiar accounts. In doing so, this book moves away from the conventional view that monarchy showed itself irrelevant in the Great War, by drawing on new approaches to diplomatic and international history - ones informed by cultural contextualization for instance - while grounding the research behind each chapter in a wide range of contemporary sources The chapters provide an innovative revisiting of the actual role of monarchy at this crucial period in European (indeed, global) history, and are framed by a substantial introductory chapter where the key factors explaining the survival or collapse of dynasties, and of the individuals occupying these thrones, are considered in a wide-ranging set of reflections that highlight the extent of common experiences as well as the differences.