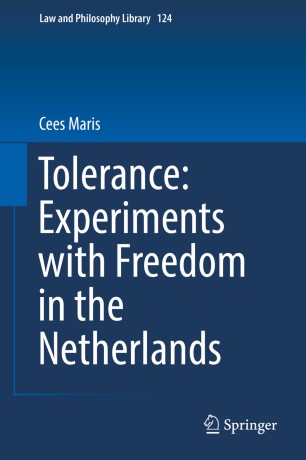 Tolerance : Experiments with Freedom in the Netherlands

This book presents a collection of philosophical essays on freedom and tolerance in the Netherlands. It explores liberal freedom and its limits in areas such as freedom of speech, public reason, sexual morality, euthanasia, drugs policy, and minority rights. The book takes Dutch practices as exemplary test cases for the principled discussions on these subjects from the perspective of political liberalism. Indeed, the Netherlands may be viewed as a social laboratory in human tolerance. During the Cultural Revolution of the 1960s, Holland took the lead in a global emancipation process towards a society based on equal freedom. It was the first country to legalize euthanasia, soft drugs and gay marriage. In the final sections, the book examines the question of whether the political murders on the politician Pim Fortuyn and the film director Theo van Gogh, the reactions to Ayaan Hirsi Ali’s film Submission, as well as the success of the populist politician Geert Wilders are signs of the end of Dutch tolerance. Although it recognizes that the political climate has taken a conservative turn, the book shows that the Netherlands still shows remarkable tolerance.