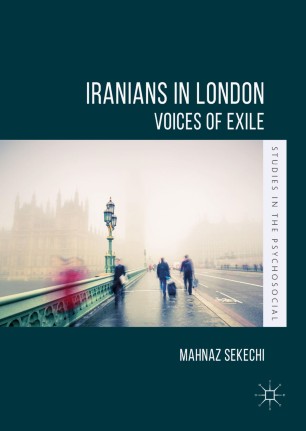 This book addresses the experiences of middle-class Iranians who left Iran after the revolution of 1979, and have since been living in London. The author explores both ‘voluntary’ movement (immigration) and ‘enforced’ movement (exile) to better understand the experiences of ‘ordinary’ middle-class Iranian migrants. This group was not subjected to prison, torture or other overt forms of abusive treatments; and was not identified as ‘opposing’ the regime at a directly personal level. They nonetheless chose to leave Iran given the socio politico-cultural context of the changes wrought by the Islamic Republic in Iranian society. The book’s central argument is that losses of country, liberty and security in Iran combined with varying degrees of social exclusion and downward mobility in London, have led to an enduring, encapsulated sadness for many of these once middle-class Iranians. This book underlines the importance of understanding the psychosocial significance of loss and exclusion in these (and other) migrant lives. It also demonstrates the value of psychosocial analysis itself in understanding dislocations and their effects on wellbeing.