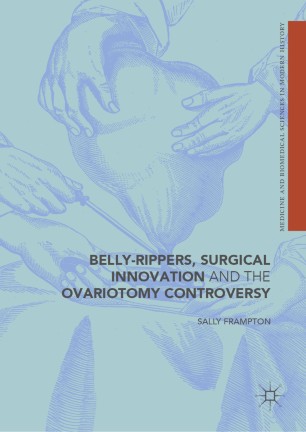 This open access book looks at the dramatic history of ovariotomy, an operation to remove ovarian tumours first practiced in the early nineteenth century. Bold and daring, surgeons who performed it claimed to be initiating a new era of surgery by opening the abdomen. Ovariotomy soon occupied a complex position within medicine and society, as an operation which symbolised surgical progress, while also remaining at the boundaries of ethical acceptability. This book traces the operation’s innovation, from its roots in eighteenth-century pathology, through the denouncement of those who performed it as ‘belly-rippers’, to its rapid uptake in the 1880s, when ovariotomists were accused of over-operating. Throughout the century, the operation was never a hair’s breadth from controversy.