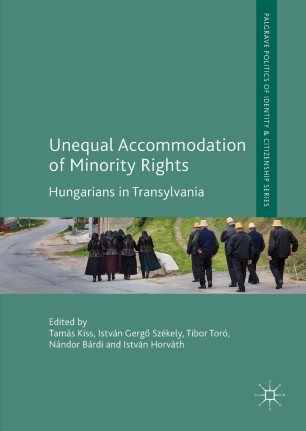 This book provides an in-depth multidisciplinary analysis of the major social and political processes affecting Hungarians in Romania after the overthrow of the Communist regime in 1989. The volume highlights the interdependence between the ethno-political strategies of minority elites and Romania's minority policy regime on the one hand, and social processes such as ethnic boundary making and ethnic stratification on the other.

The chapters combine perspectives from a variety of disciplines including political science and the sociology of ethnic relations, supported by the findings of  a broad array of empirical investigations carried out in Transylvania. It will therefore be of particular interest to scholars and students with a focus on minority politics, ethnic mobilization and nationalism, as well as researchers of ethnic relations, ethnic boundary making, social distances and ethnic inequalities.