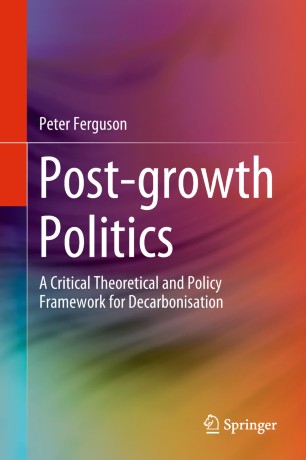 This book uses a critical political economy approach to develop an historically and politically grounded set of strategies for states to move toward a post-growth, decarbonised global economy. It begins by examining the social and ecological costs of and limits to economic growth and determines that significant decarbonisation of the global economy can only be achieved if conventional growth-based economies are replaced by an alternative post-growth economy.
Set apart from many other works in the field by its critical political economy approach to policy development, this book offers the reader three distinctive features. First, it places the analysis in historical context in order to demonstrate how the global political economy is constantly changing with respect to distributions of wealth, power and fundamental norms, and explores how states might harness and transform these contingent patterns in a post-growth direction. Second, the book is not only concerned with developing and advocating post-growth policies, but also with how these measures can be incorporated into the high-level domestic and international strategies pursued by states to ensure their political legitimacy and economic and geopolitical survival. Third, rather than proposing an idealised and politically naïve model of socioecological transformation, the proposed post-growth policy framework is highly cognisant of the geopolitical and international economic pressures facing states and demonstrates how these can be managed in the transition toward a post-growth economy.
This book represents an invaluable resource for policymakers, academics, activists and students wishing to study or contribute to the transition to a post-growth, decarbonised economy.

Dr Peter Ferguson is a Lecturer in Politics and Policy at Deakin University. His research focuses on the political barriers to moving toward a socially just and ecologically sustainable global economy.