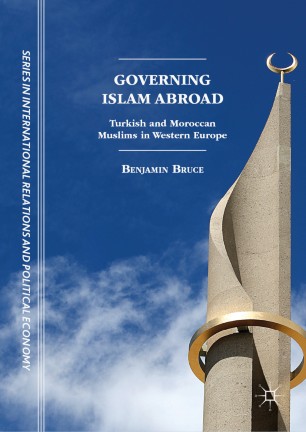 From sending imams abroad to financing mosques and Islamic associations, home states play a key role in governing Islam in Western Europe.  Drawing on over one hundred interviews and years of fieldwork, this book employs a comparative perspective that analyzes the foreign religious activities of the two home states with the largest diaspora populations in Europe: Turkey and Morocco. The research shows how these states use religion to promote ties with their citizens and their descendants abroad while also seeking to maintain control over the forms of Islam that develop within the diaspora. The author identifies and explains the internal and foreign political interests that have motivated state actors on both sides of the Mediterranean, ultimately arguing that interstate cooperation in religious affairs has and will continue to have a structural influence on the evolution of Islam in Western Europe.
Benjamin Bruce is Research Fellow with the Mexican National Council of Science and Technology (Conacyt) at El Colegio de la Frontera Norte (El Colef), Mexico.